The AFL 9’s tournament is held every year from the end of October until mid December and it takes place at the grounds of the Cavanbah Sports Centre in Byron Bay. AFL stands for Australian Football League, a game unique to Australia and also its most popular sport. 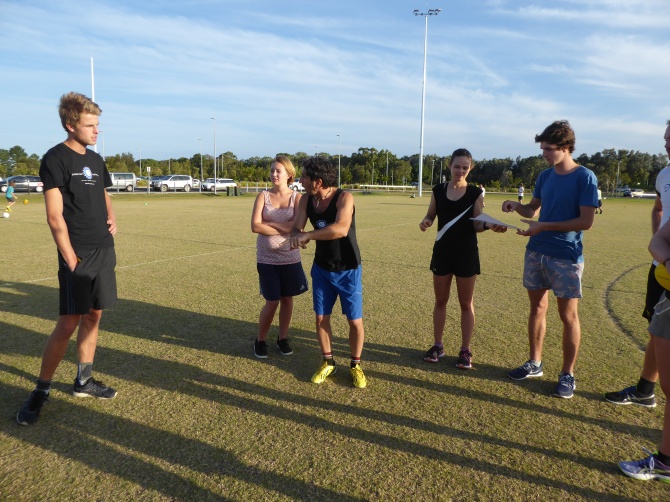 This year Max, our activities manager, has formed a team of students from various countries: Loïs, Maxime and Loic (Switzerland French part); Kim, Nadja, Florian and Céline (Switzerland German part); Gianluca (Italy); Julia and David (the Netherlands); William (France) and Alex (Germany) as well as Reuben (our travel consultant) to compete against seven other local teams. Each team comprises of six male and three female players plus reserves. That is one of the reasons why Max, coach and player, liked the idea of entering the school in a mixed team competition. It is also a special and unique opportunity for our students to play a game only played in this country.

All the team members are enjoying this whole experience and are starting to improve their skills as well as their teamwork. After losing their first game through lack of experience, they have won their next three to sit second on the ladder.

All the school looks forward to supporting them in their upcoming games and wishes them lots of luck!